NOT cartoons I don't get: Cartoons that predicted #metoo and #timesup

#Metoo and #timesup have been wake-up calls for us all, male and female. But I just want to say to guys, it's not about us. We don't have a say. Unless you're a monster whose career has been an open secret for years or in the position to be some kind of gatekeeper, you'll be okay. As of this writing, Parks and Recreation and Master of None are still on Netflix. It's widely known that even the most 'woke' men can be perverts. No need for #notallmen counter-hashtags or complaints about witch hunts. Women just have the talking stick right now. Think of it more like being a dog getting yelled at for climbing on the furniture.
But that's easy for me to say, being in no position of authority and not having a day job. Don't think I don't know that even though now I claim it wouldn't happen, I might have a Mr. Hyde I don't know about if I had any power. One way I'm culpable is that I collect old magazines with dirty cartoons of entitled guys grabbing ass and cheating on their wives. I have a high tolerance for that kind of thing. I don't know if it's a male thing or a Sam thing (or both). I've been indoctrinated into the same culture as everyone else. There's still stuff that shocks even me.
Once in a while, I come across cartoons where the woman has the upper hand. Whether revenge or talking amongst themselves. Often it includes violence, but sometimes after trying everything that can be the only solution. And as R. Crumb once said “It's just lines on paper, folks!”
Lo Linkert
Adam, July 1973 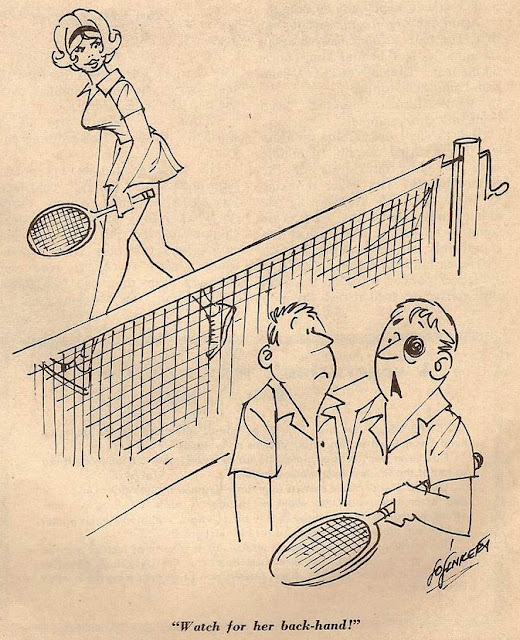 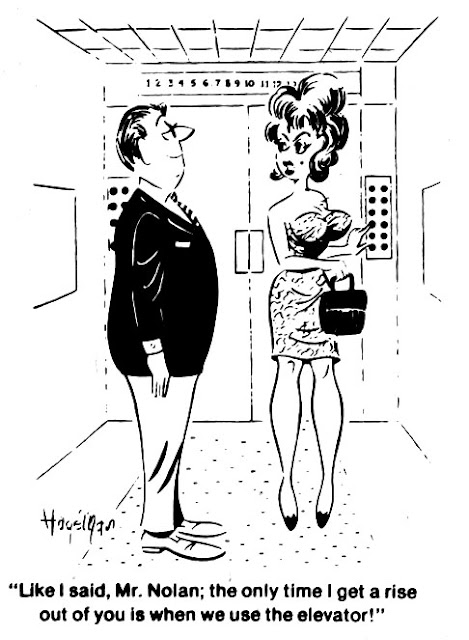 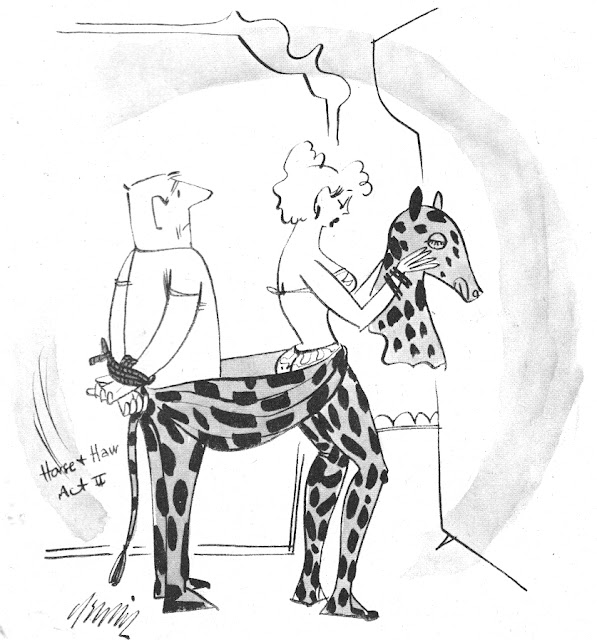 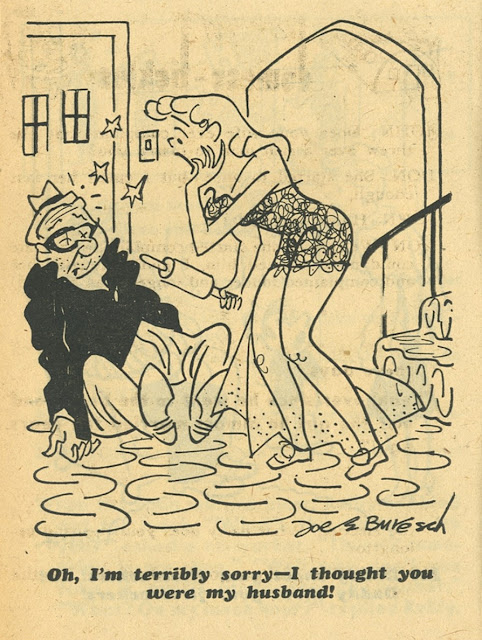 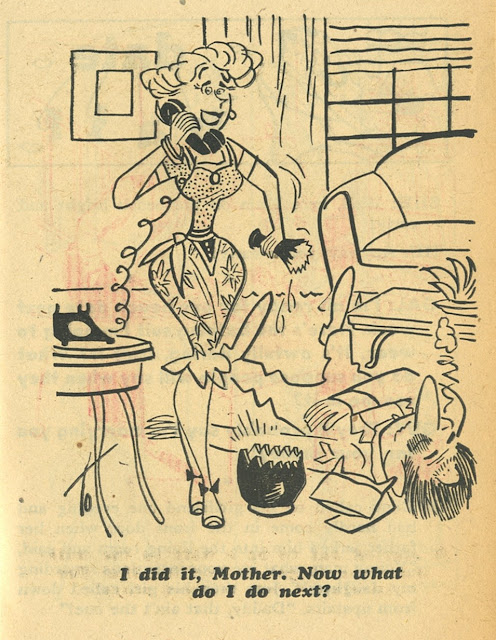 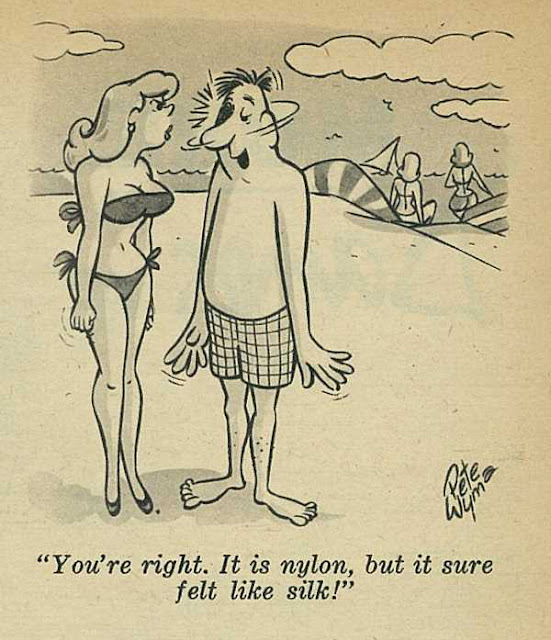 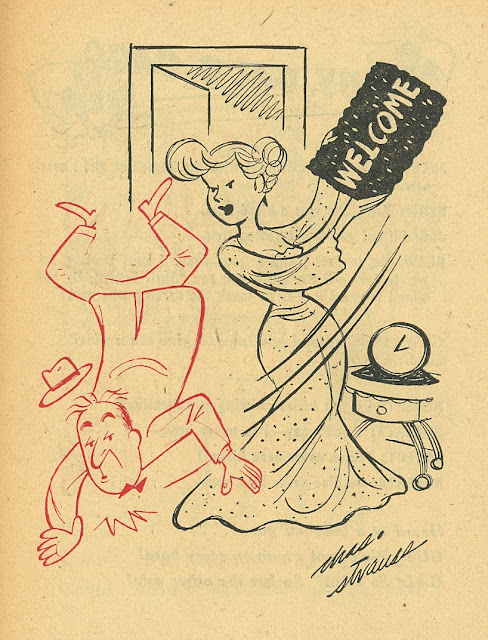 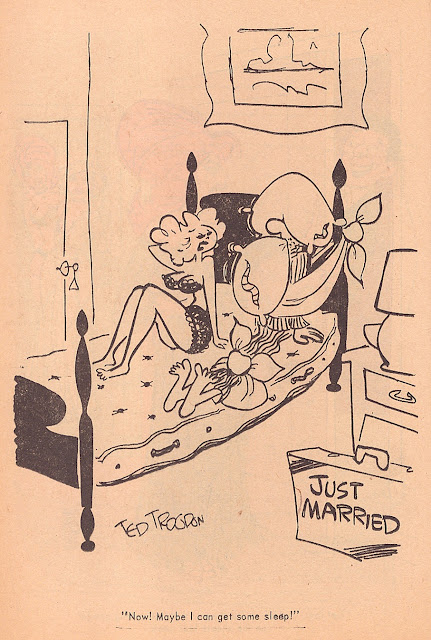 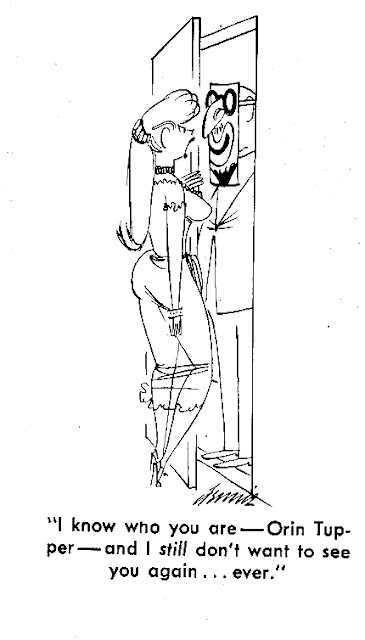 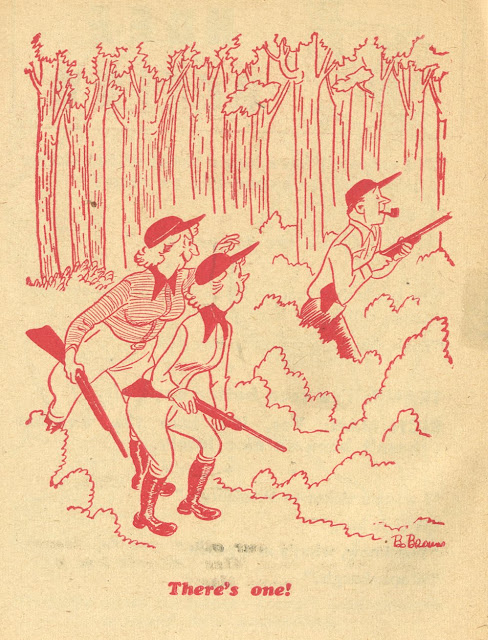 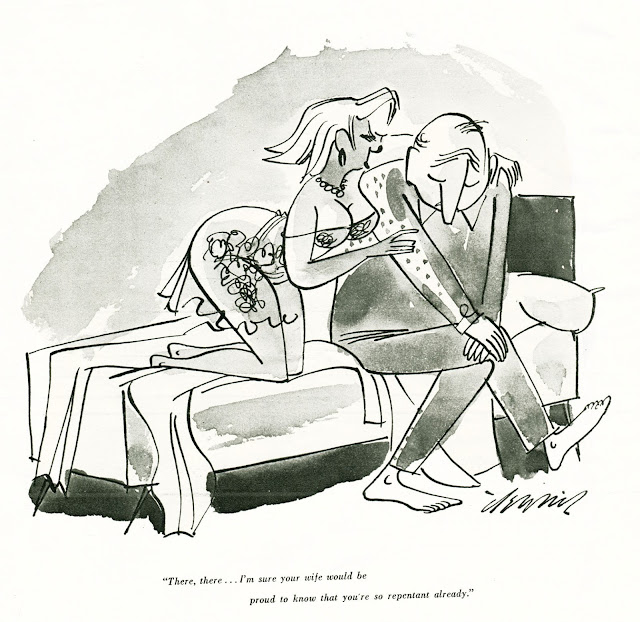 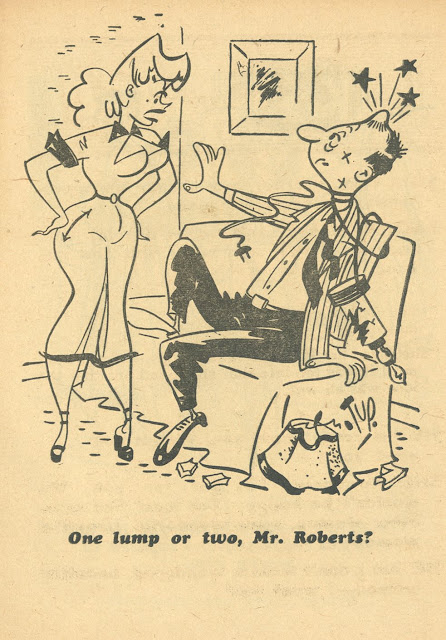 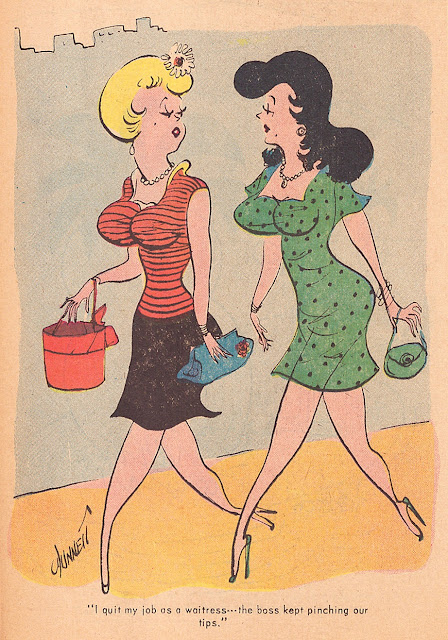 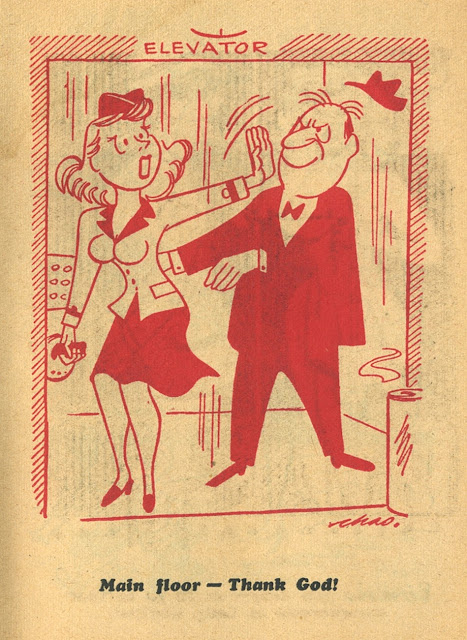 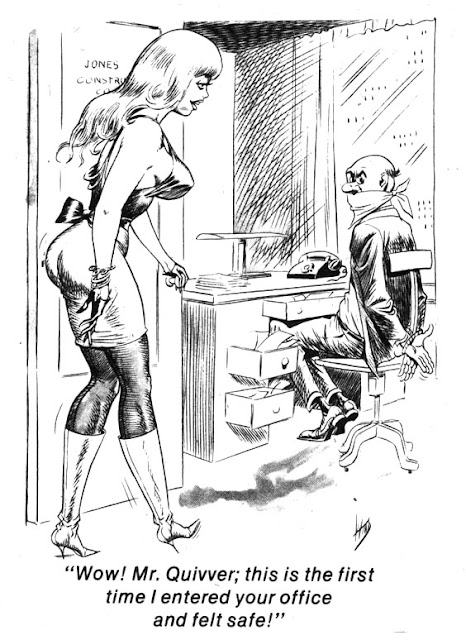 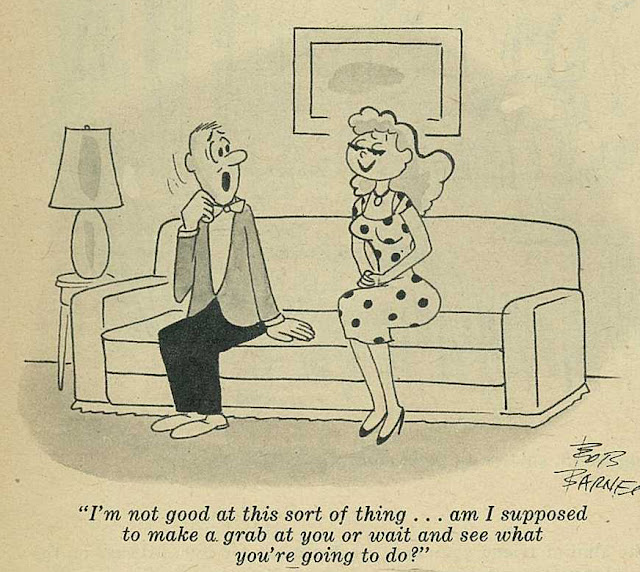 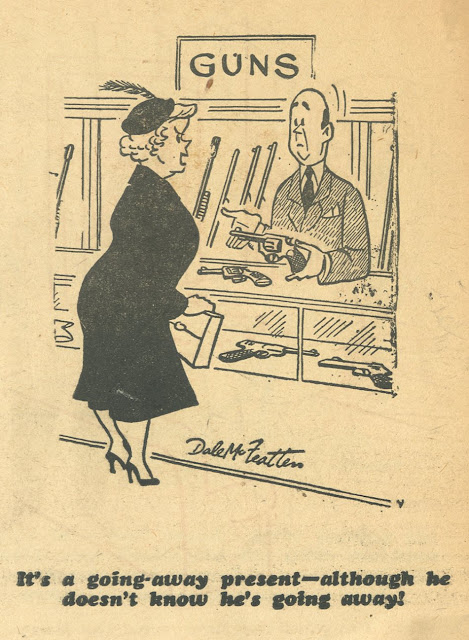