I've decided to put this on hiatus for a while. So many other projects. I also have a book I'm almost finished with. I'd be done by now if there weren't a virus that let me go someplace with good light to draw. I'm more of a comics and film geek than music geek anyway. Don't worry, I'll do more eventually. I still have about a year's worth of songs I haven't put up yet. It started to be like doing homework and sometimes I'd forget. Five years is a pretty good run. There's still the archives. 304 hours worth of stuff here if you check those out by scrolling past the links on the right. That's two weeks and a almost a day.

In the meantime, check out THIS FILM HAS BEEN RATED ECCH, another blog I started a couple months ago which is an A-Z guide featuring movie and TV parodies from MAD, Cracked, Crazy, Sick, and those kind of magazines. 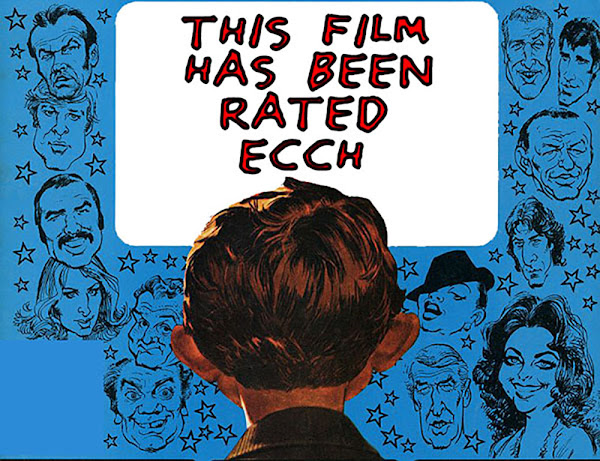 Posted by Sam Henderson at 8:14 AM