In looking through issues of Nancy I see they also had some Peanuts comics as a back-up. Dell was also publishing a Peanuts comic around the same time. These all-new stories were not by Charles Schulz. Though he never had any assistants on the strip itself, he would often use them for ads and comic books. I think these were done by Dale Hale. 500 pixels was the biggest scan I could get of the first one.
This one is from #146, the September 1957 issue of Nancy 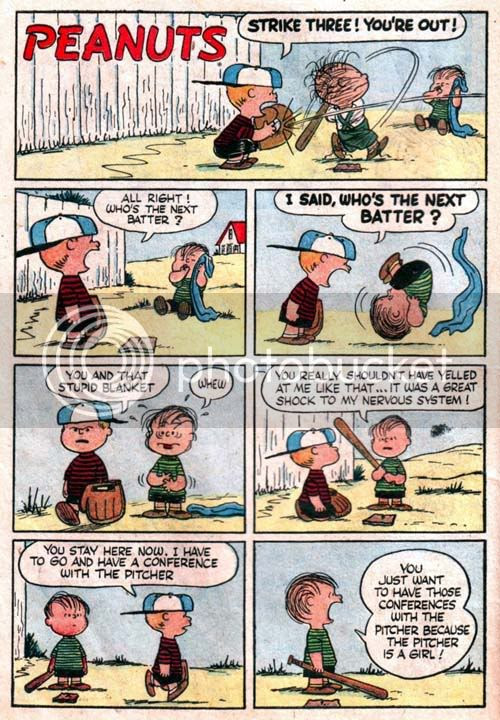 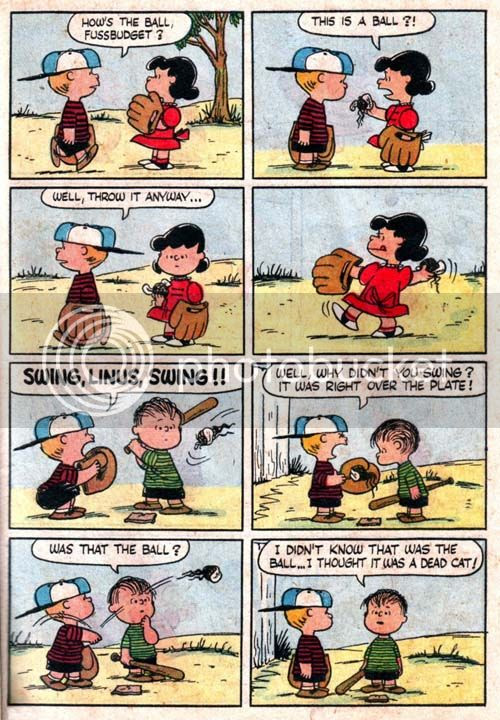 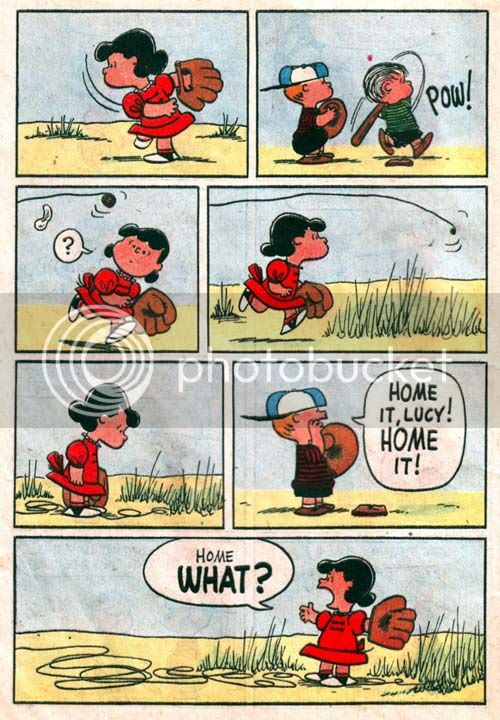 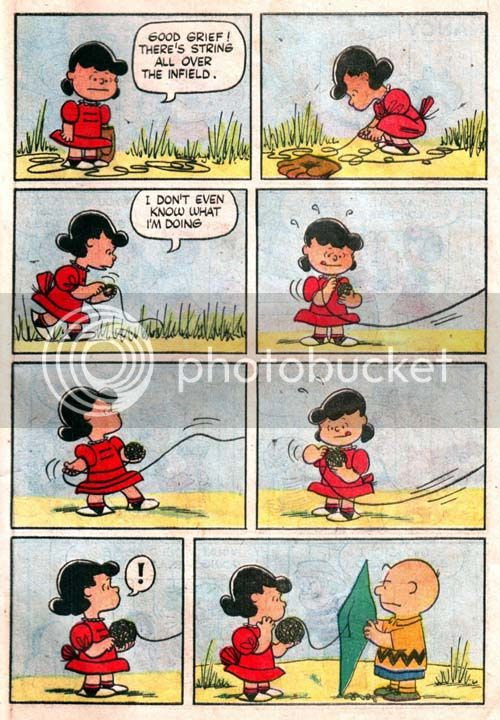 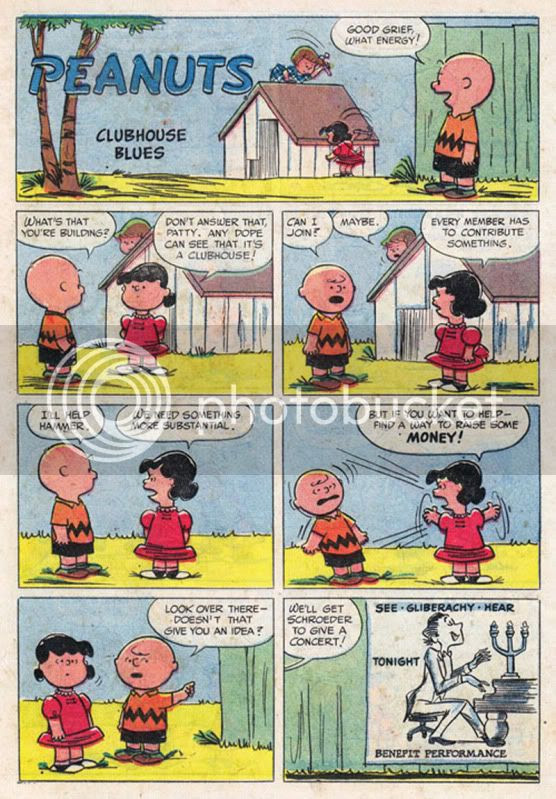 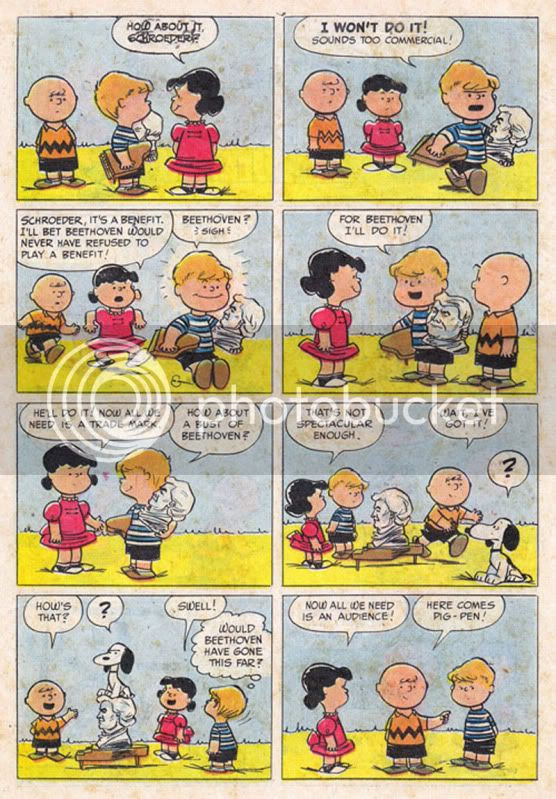 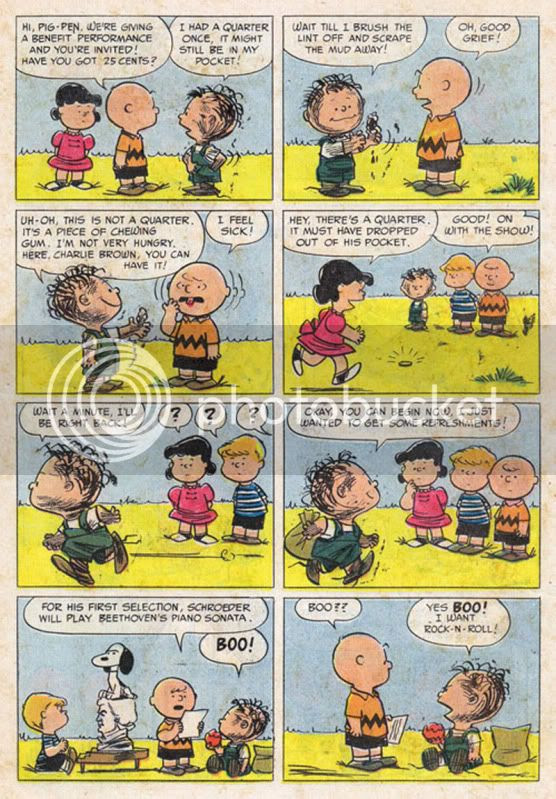 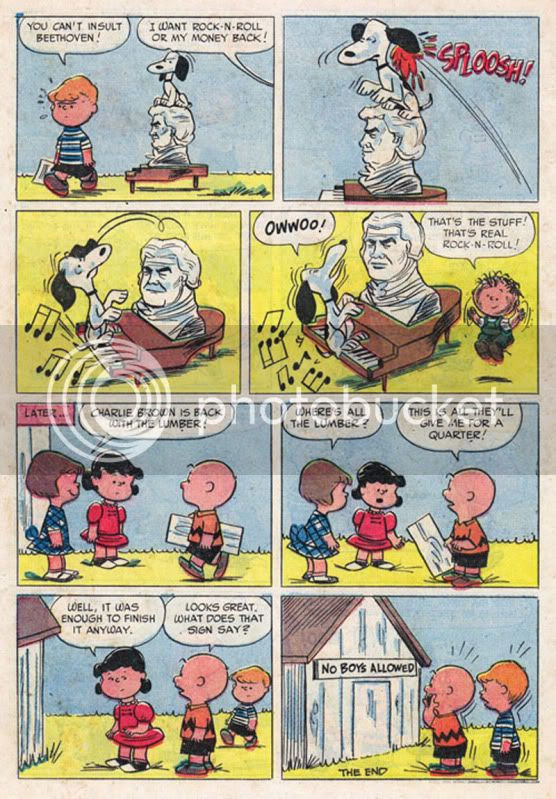 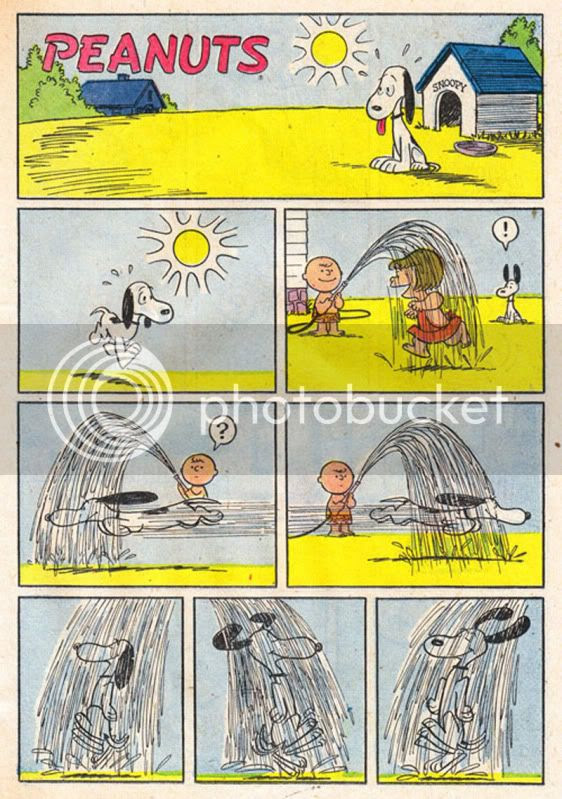 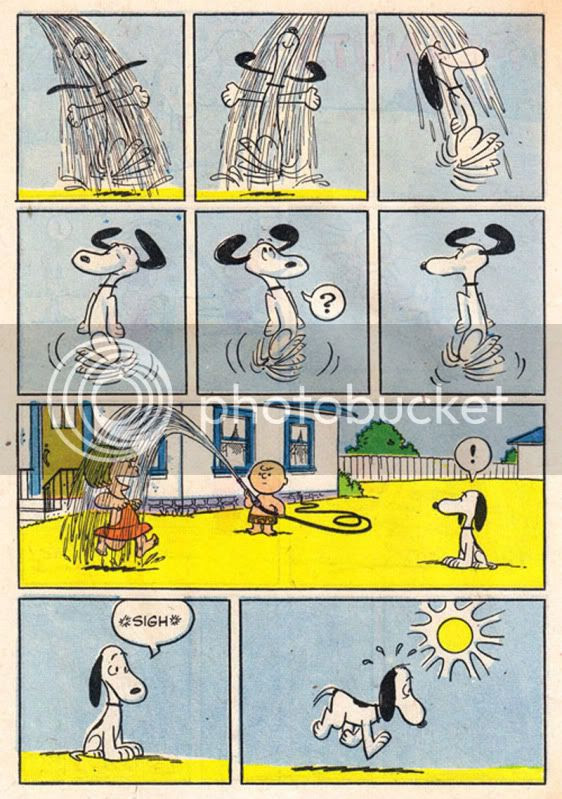 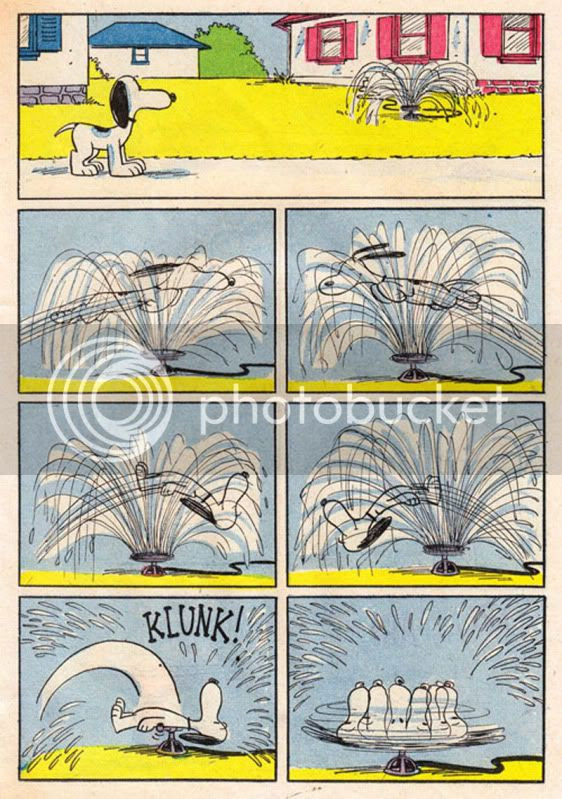 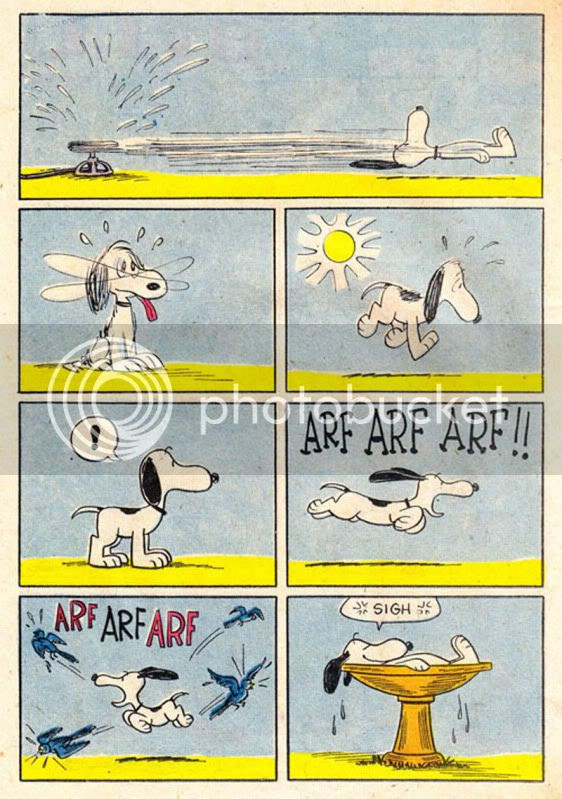 Unrelated but "Schulz" seems to be as commonly misspelled as something like plurals with an apostrophe s. Those who do it should have their hands broken.
Posted by Sam Henderson at 12:04 AM