Besides ephemeral TV shows, Four Color Comics also adapted popular comic strips of the time. The creators got the credit on the comic books, though the art was usually done by some anonymous Dell hack (I don't mean that term negatively. By his own admission, C.C. Beck was a “hack”. Some of Dell's best hacks were John Stanley, L.B. Cole, and Sam Glanzman. Though not in this case.)

Morty Meekle (later called Winthrop. In addition to forgotten comic strips, Cavalli used forgotten names.) by Dick Cavalli (two Ls, not one as this comic has on the cover) was once a popular strip when there were more newspapers and the comics were still an important part. 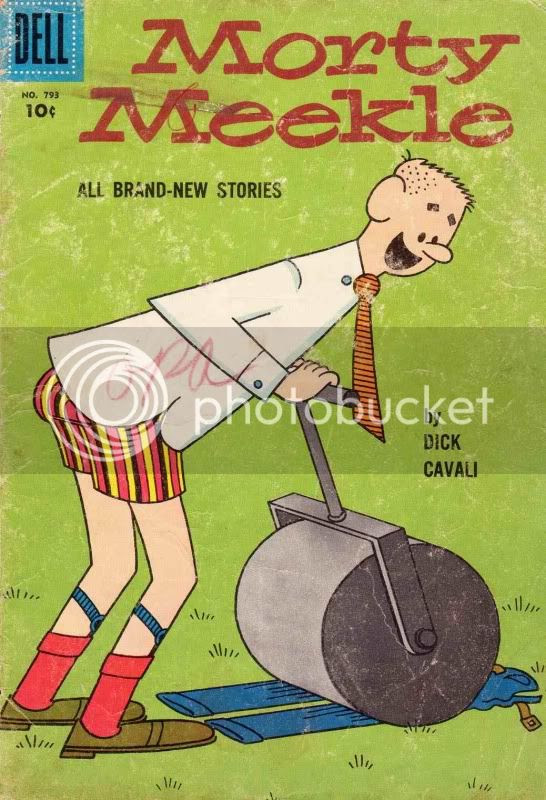 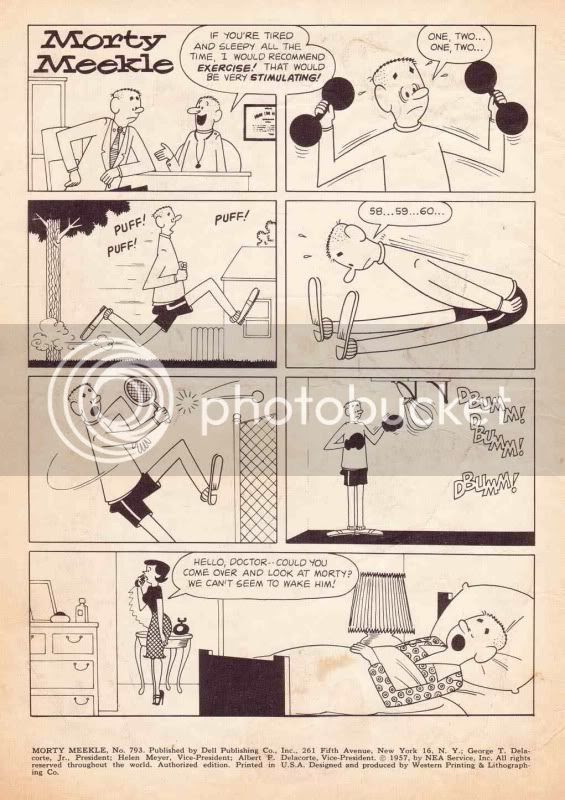 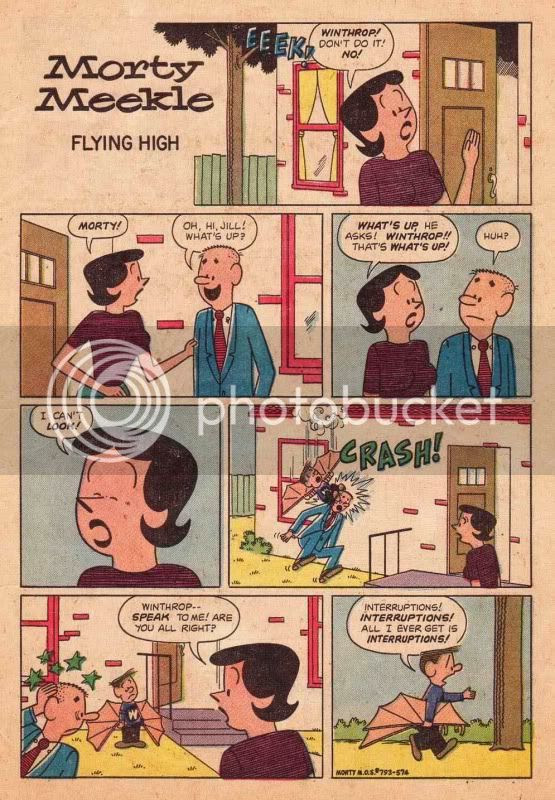 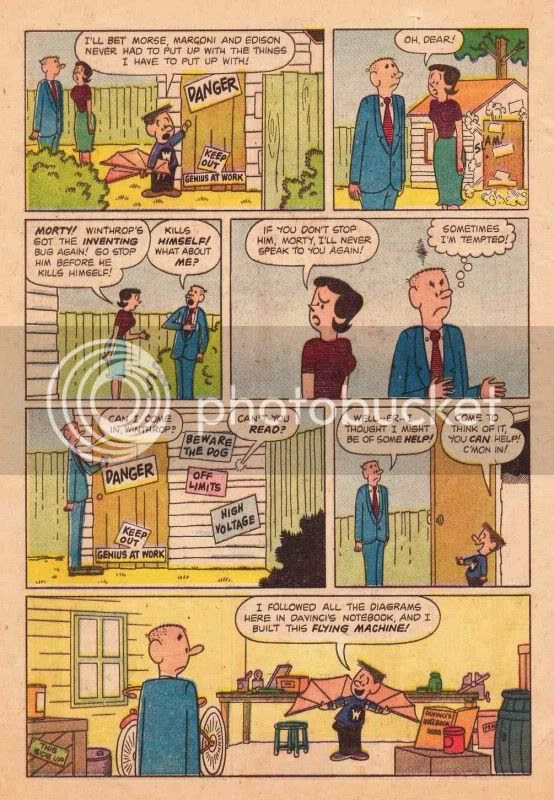 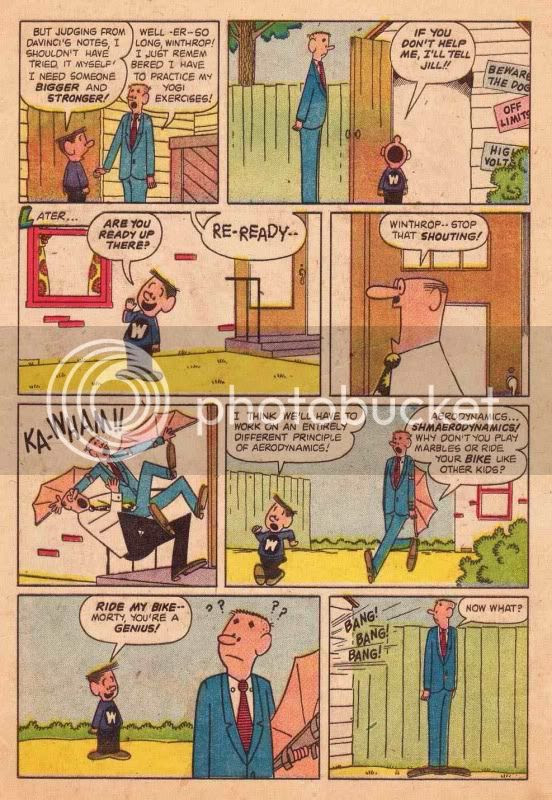 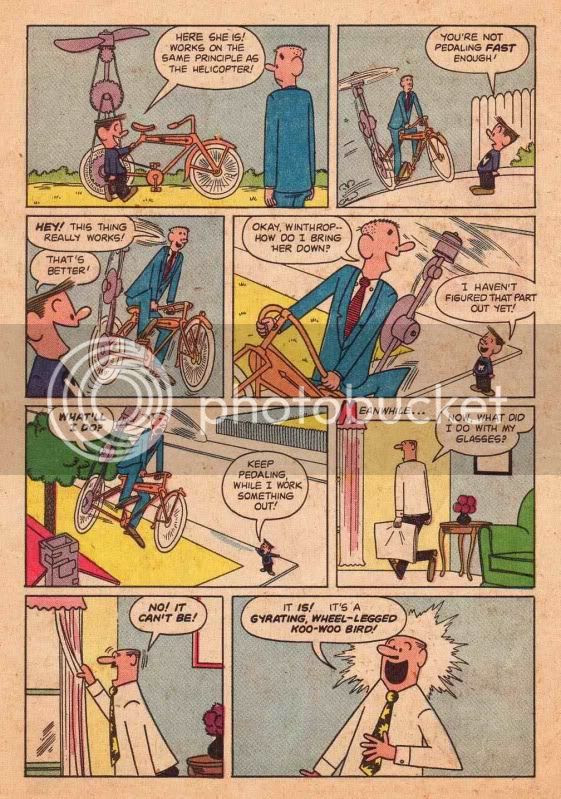 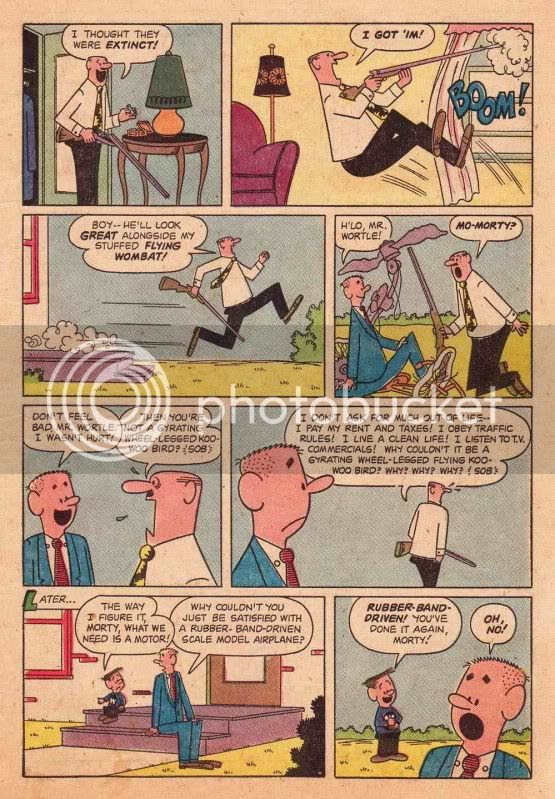 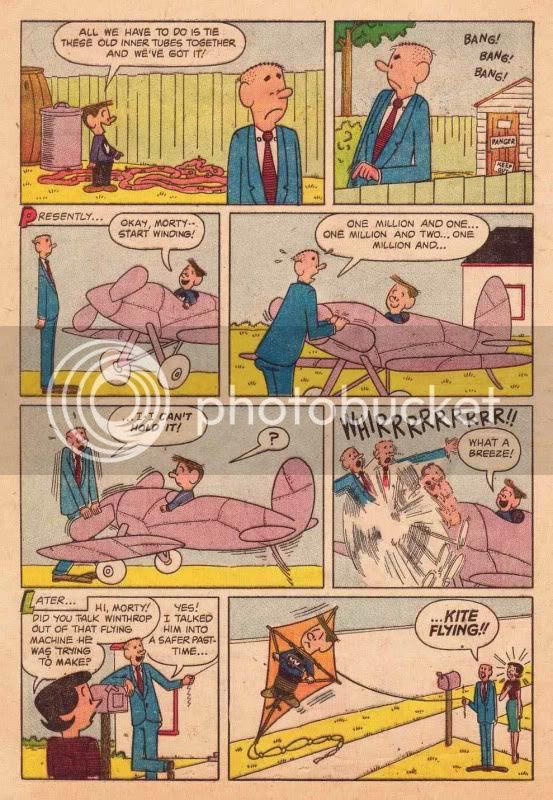 Here's an example Morty Meekle. It's also an example of when strips, even while minimalism was becoming the norm, still had space so they didn't have to be dialogue-driven and show characters from the waist-up. I've known literally hundreds of cartoonists over the years, and every single one of them knows this and wishes it weren't so.

Now I'm off-topic, but in addition to lamenting about the decline of the opportunity for cartoonists to do strips as they would like, everyone has a story about the tools they use going downhill. The originals for things like the pages above used to just be thrown away so as a result you can still get them for a dollar or two, and some artists draw on the backs of them because it's better quality and cheaper than the paper they use.
Posted by Sam Henderson at 12:11 AM